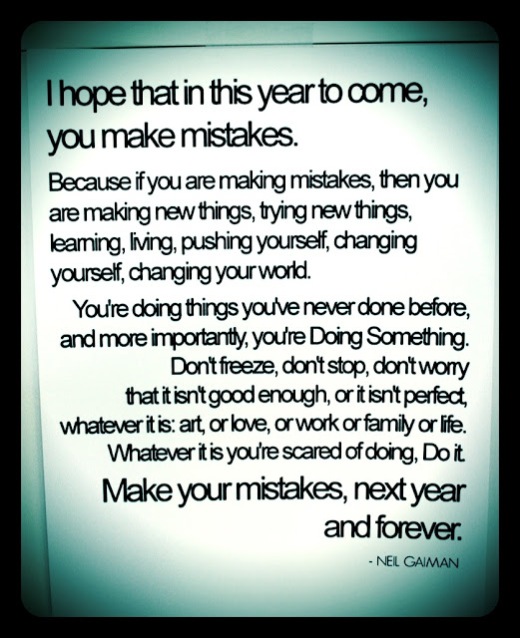 If you are familiar with author Oriah Mountain Dreamer you might be surprised to learn that once upon a time she doubted if she would ever become a published writer.  This is the woman who wrote the piece called The Invitation, that later became a book by the same title.  Oriah shares in her book What We Ache For: Creativity and the Unfolding of Your Soul the story of attending a writing workshop, and how after having her writing torn to pieces over the course of several days, and hearing how few people will ever succeed at writing, left the workshop feeling deflated and almost convinced she should throw in the towel.  Yet writing called to her soul and she picked herself back up and continued to follow that calling. 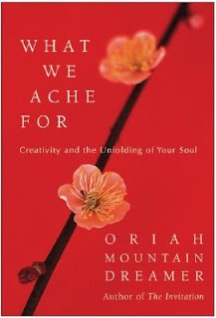 It was her determination and an internal pull to continue to write that propelled her forward.    She explains in her book What We Ache For how a writer will write, a dancer will dance, an artist will paint or sculpt, the musician will make compose, the photographer will take photos and so on.  They will do these things over and over again.  Here is how she expands on the subject:

“Sometimes we use the same stories and images, sounds and movements.  Sometimes we work on the same themes using different stories and images, sounds and movements.  Sometimes we create the unexpected and never repeated.  Sometimes we create between interviews and publicity tours.  More often we create between dental appointments and taking our children to hockey practice.  But we do our creative work.  It’s how we learn how to do the creative work.  And sometimes we become tired and discouraged. Sometimes we do not want to see the same image  emerge on the canvas, find the same theme surface in the story we are writing.  Sometimes we are afraid we will never be able to write or paint or compose or dance or film the wholeness or beauty or truth we ache to produce.  And in these moments we take ourselves out into the world and let our sexuality, our love of the sensual beauty of this physical life, and our spirituality, our experiences of the truth we ache for, find us and rekindle our passion to create.  We let the dance between the world and our imaginations move us.  And we begin again, painting or writing or composing moving or photographing or filming.  It’s how we dip down into that well of creative potential and weave a story or create an image or find just a single phrase of melody that takes the breath away. It’s how we pray, how we participate in in life.  Over and over again.”

Oriah also recounts a great story about John Cougar Mellencamp.  She shares how she heard him being interviewed on the radio and described what she heard this way:

“Mellencamp said that people generally fail in creative endeavors because they assume that great artists produce great works of art from the moment they begin.  He postulated that for every masterpiece Renoir produced he has painted dozens if not hundreds of paintings that were just not very good.  As a composer, Mellencamp had realized that he had to be willing to compose literally thousands of bad songs, songs that were hardly worth singing and certainly not worth recording, if he wanted to write one great song.  Mellencamp pointed out that when an artist puts his or her work out into the world it appears to emerge fully formed.  Those who received the completed work, the piece deemed worthy of sharing, hav eno idea how long a process was involved, how many previous incarnations hit the trash can or were painted or recorded over.” 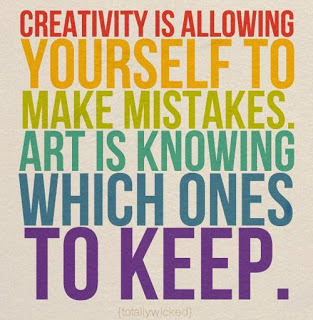 Oriah shares that we have to be willing to keep at it, to learn from the doing.  If we want to learn how to write or paint or do any form of creative work, we have to be willing to do it over and over and over again, even if the results are not what we want.  Oriah shares how she was at first horrified when a respected writer advised her at workshop to lower her standards.  She shares that while for a perfectionist this is tough, it is necessary advice, because “Nothing stops the creative flow and obstructs the only path to learning to create – repeated trial and error – like being wedded to doing it perfectly…and nothing frees up the flow, opens the door to the learning that can come only with repeated experience, like lowering your standards, giving yourself permission to write the worst possible drivel that has ever hit the page.”

Lastly Oriah also shares this piece of wisdom that was told to her years ago in a dream.  An old man who she had seen in her dreams for many years smiled and said to her, “Do not confuse what you do with who you are, Oriah.  You are not a writer, although you may at times write.  You are life unfolding in human form, an awareness within which writing, along with many other things –eating, sleeping, making love, walking in the sun, feeling sad or glad –arise.  There is no writer, only writing.”  She says that this dream led her to this revelation:

“This idea frees us from the sometimes oppressive notion that we make the creative work happen.  The human neurological system and awareness is but one of the places where creative work arise and through which it happens.  Thinking of it this way, we can let the creative work be whatever it is.  We can arrive at our desks or studios, our journals or easels or keyboards or cameras, excited to see what might happen and content to let it be what it is, to repeat the process over and over.  This perspective can keep us from viewing creative work as a means to an end, as something with a hope-for outcome, and help us see it rather as an end in itself.”

Here are some questions to consider:

Today I will lower my standards in how I…. 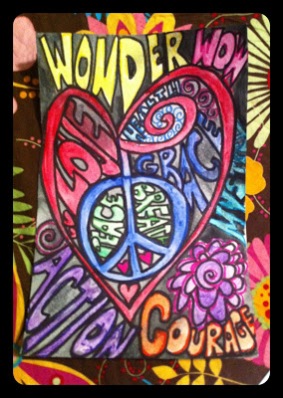 Prior to beginning this post I decided I would create a 2013 word art piece.  I committed to just whipping it out and then posting it, no matter what I thought of it when I finished.  I toast to us all trying new things, making mistakes, creating for the sake of creating, accepting imperfection, loving the process and the journey, rather than just the end products.

What words might you want to claim and hold close this year?