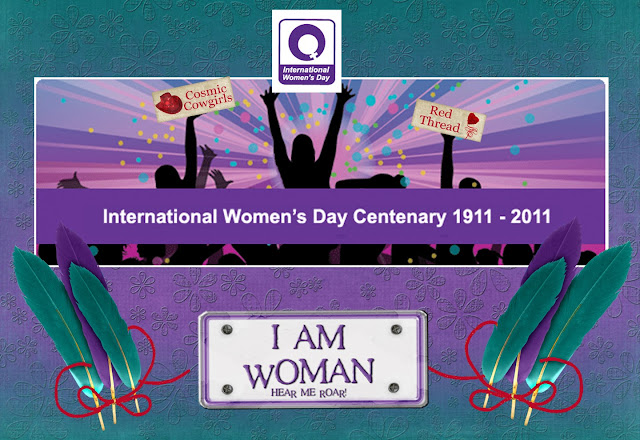 From China to Costa Rica, from Mali to Malaysia acclaimed singers and musicians, women and men, have come together to spread a message of unity and solidarity: We are “One Woman”.

Launching on International Women’s Day, 8 March 2013, the song is a rallying cry that inspires listeners to join the drive for women’s rights and gender equality. “One Woman” was written for UN Women, the global champion for women and girls worldwide, to celebrate its mission and work to improve women’s lives around the world.
This year, International Women’s Day focuses on ending violence against women — a gross human rights violation that affects up to 7 in 10 women and a top priority for UN Women. As commemorations are underway in all corners of the globe, “One Woman” reminds us that together, we can overcome violence and discrimination: “We Shall Shine!” Join us to help spread the word and enjoy this musical celebration of women worldwide.
Here is the a video of the song One Woman

• The first IWD was observed on March 19, 1911 in Germany following a declaration by the Socialist Party of America. The idea of having an international women’s day was first put forward at the turn of the 20th century amid rapid world industrialization and economic expansion that led to protests over working conditions.
How will you celebrate International Women’s Day?