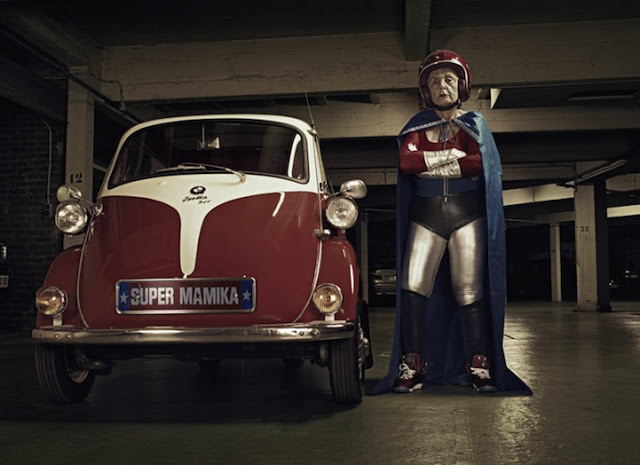 What if taking silly and wild photographs was the cure for lifting your spirits? What if creativity, a sense of humor and some good ol’ make believe could not only change your life, but also bring laughter and hope to the lives of others?

This is exactly what happened for 91-year-old Hungarian grandmother Frederika who had been feeling sad and bored. Her grandson, a French photographer named Sacha Goldberger, suggested that they shoot a series of outrageous photos in unusual costumes, poses and locations to cheer her up. She relunctantly agreed, but once they started, she has thoroughly enjoyed herself and proven to be quite the model. 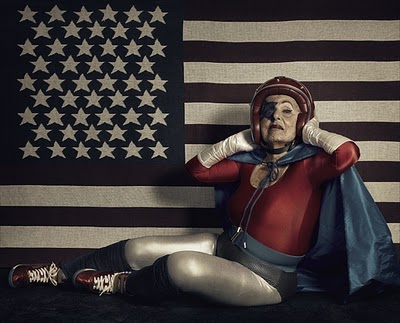 “Frederika was born in Budapest 20 years before World War II. During the war, at the peril of her own life, she courageously saved the lives of ten people. When asked how, Goldberger told us “she hid the Jewish people she knew, moving them around to different places every day.” As a survivor of Nazism and Communism, she then immigrated away from Hungary to France, forced by the Communist regime to leave her homeland illegally or face death.”

Sacha Goldberger’s series entitled “Mamika” (or grandma in Hungarian), has proven to be incredibly popular and has even resulted in a book of photographs that you can view on his web site: http://www.sachabada.com/

Mamika even has her own MySpace page, has been “friended” by thousands and receives messages like: “You’re the grandmother that I have dreamed of, would you adopt me?” and ” You made my day, I hope to be like you at your age.” Initially, she did not understand why all these people wrote to congratulate her. Then, little by little, she realized that her story conveyed a message of hope and joy.

Goldberger has since shared that his grandmother has never shown any signs of depression since they began their Mamika journey.

Take a look below at these fun and sassy photos and as you do begin to imagine your own supershero costume.

Describe what it looks like and how you feel when you wear it.

What powers do you have when you are wearing your supershero outfit?

Paint it, draw it, create it, sew it, photograph it, post it! 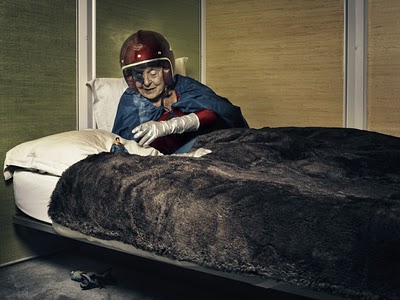 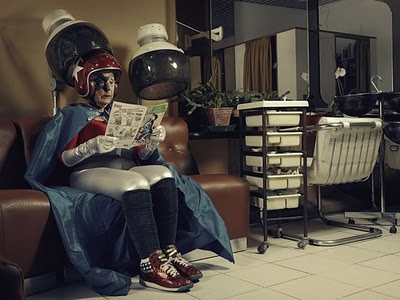 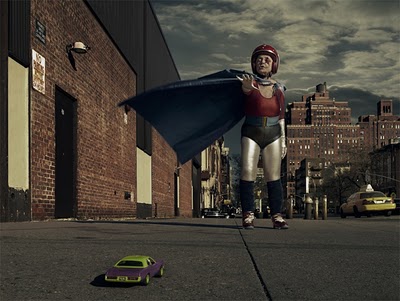 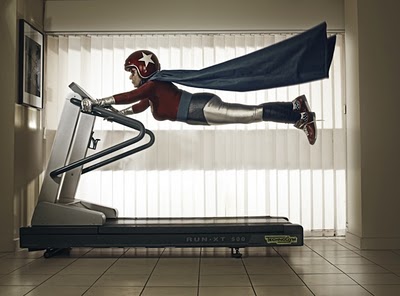 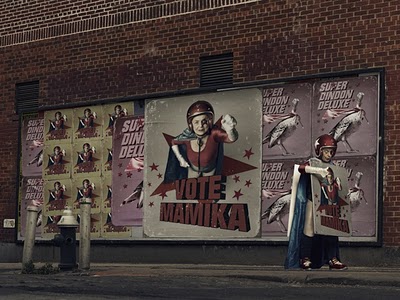 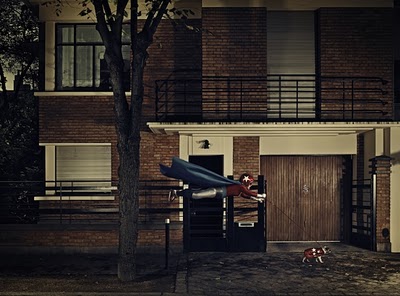 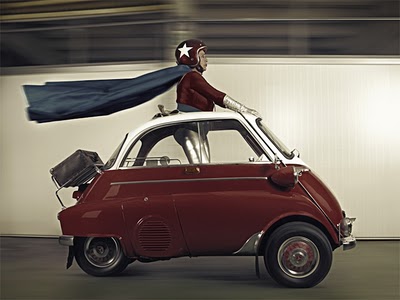 Sacha Goldberger and his Mamika 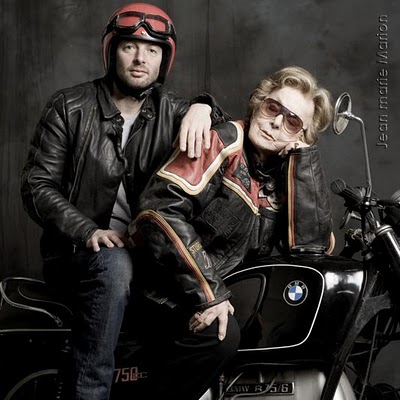 Mamika showing off her sassy side! 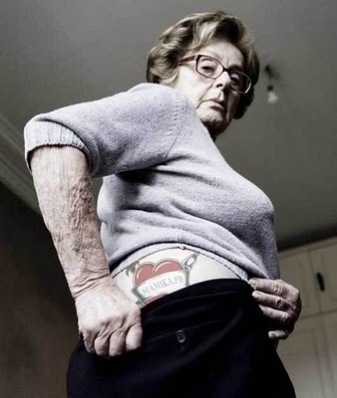