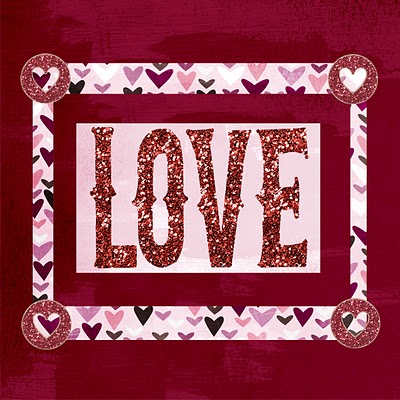 Today is Valentine’s Day. A day that is supposed to be all about love and romance, but what exactly is love?
Wikipedia begins by describing love this way: “Love is the emotion of strong affection and personal attachment. In philosophical context, love is a virtue representing all of human kindness, compassion, and affection. In some religious contexts, love is not just a virtue, but the basis for all being, as in the Roman Catholic phrase, “God is love”. Love may also be described as actions towards others (or oneself) based on compassion. Or as actions towards others based on affection. “
“The word love can refer to a variety of different feelings, states, and attitudes, ranging from generic pleasure (“I loved that meal”) to intense interpersonal attraction (“I love my partner”). “Love” can also refer specifically to the passionate desire and intimacy of romantic love, to the sexual love of eros (cf. Greek words for love), to the emotional closeness of familial love, or to the platonic love that defines friendship, to the profound oneness or devotion of religious love. This diversity of uses and meanings, combined with the complexity of the feelings involved, makes love unusually difficult to consistently define, even compared to other emotional states.”
Wikipedia’s explanation of love explores various areas of study. For example one can look at love from a psychological perspective. “Psychology depicts love as a cognitive and social phenomenon. Psychologist Robert Sternberg formulated a triangular theory of love and argued that love has three different components: intimacy, commitment, and passion. Intimacy is a form in which two people share confidences and various details of their personal lives, and is usually shown in friendships and romantic love affairs. Commitment, on the other hand, is the expectation that the relationship is permanent. The last and most common form of love is sexual attraction and passion. Passionate love is shown in infatuation as well as romantic love. All forms of love are viewed as varying combinations of these three components.”
“Noted psychologist Eric Fromm also maintained in his book “The art of loving” that love is not merely a feeling but is also actions, and that in fact, the “feeling” of love is superficial in comparison to ones commitment to love via a series of loving actions over time. In this sense, Fromm held that love is ultimately not a feeling at all, but rather is a commitment to, and adherence to, loving actions towards another, ones self, or many others, over a sustained duration. Fromm also described Love as a conscious choice that in it’s early stages might originate as an involuntary feeling, but which then later no longer depends on those feelings, but rather depends only on conscious commitment.”
There are also researchers who have studied love from a chemical and biological perspective. “Biological models of sex tend to view love as a mammalian drive, much like hunger or thirst. Helen Fisher, a leading expert in the topic of love, divides the experience of love into three partly overlapping stages: lust, attraction, and attachment. Lust exposes people to others; romantic attraction encourages people to focus their energy on mating; and attachment involves tolerating the spouse (or indeed the child) long enough to rear a child into infancy.”
“Lust is the initial passionate sexual desire that promotes mating, and involves the increased release of chemicals such as testosterone and estrogen. These effects rarely last more than a few weeks or months. Attraction is the more individualized and romantic desire for a specific candidate for mating, which develops out of lust as commitment to an individual mate forms. Recent studies in neuroscience have indicated that as people fall in love, the brain consistently releases a certain set of chemicals, including pheromones, dopamine, norepinephrine, and serotonin, which act in a manner similar to amphetamines, stimulating the brain’s pleasure center and leading to side effects such as increased heart rate, loss of appetite and sleep, and an intense feeling of excitement. Research has indicated that this stage generally lasts from one and a half to three years.”
“Since the lust and attraction stages are both considered temporary, a third stage is needed to account for long-term relationships. Attachment is the bonding that promotes relationships lasting for many years and even decades. Attachment is generally based on commitments such as marriage and children, or on mutual friendship based on things like shared interests. It has been linked to higher levels of the chemicals oxytocin and vasopressin to a greater degree than short-term relationships have.”
What about religious or spiritual views of love? According to the Dalai Lama the definition of love in Buddhism is “wanting others to be happy. This love is unconditional and it requires a lot of courage and acceptance (including self-acceptance). The “near enemy” of love, or a quality which appears similar, but is more an opposite is: conditional love (selfish love… ). The opposite is wanting others to be unhappy: anger, hatred. A result which one needs to avoid is: attachment. This definition means that ‘love’ in Buddhism refers to something quite different from the ordinary term of love which is usually about attachment, more or less successful relationships and sex; all of which are rarely without self-interest. Instead, in Buddhism it refers to detachment and the unselfish interest in others’ welfare.”


Probably one of the most well know biblical descriptions of love is 1 Corinthians 13:1-13  Love is patient, love is kind. It does not envy, it does not boast, it is not proud. It is not rude it is not self-seeking, it is not easily angered, it keeps no record of wrongs. Love does not delight in evil but rejoices with the truth. It always protects, always trusts, always hopes, always perseveres. Love never fails.

What are your thoughts on love?
The video below is an inspiring rendition of One Love by Bob Marley and is performed by musicians and singers around the world as part of a program called Playing for Change. Playing for Change is a multimedia movement created to inspire, connect, and bring peace to the world through music. The idea for this project arose from a common belief that music has the power to break down boundaries and overcome distances between people. No matter whether people come from different geographic, political, economic, spiritual or ideological backgrounds, music has the universal power to transcend and unite us as one human race.