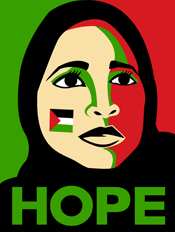 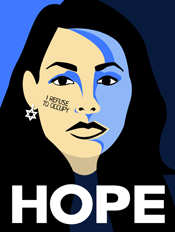 I am on the email list for a group called Jewish Voice for Peace. They are calling on as many people as possible to sign a letter to the new Obama administration in support of working towards a fair and just peace between Israel and Palstine. Jewish Voice for Peace and Just Foreign Policy are aiming to deliver this letter on February 23. If you would like to add your name to this letter click here.

Here is the letter:

Dear President Obama,
Your presidency marks the beginning of a new era in America and in the world. Against all odds and maybe even our own better judgment, you taught us to hope again. Now, the crisis in Gaza demands that you match our hope with real progress. And, just to be clear, those who voted for you aren’t the only ones doing the hoping.
We are Americans who voted for you and we are Palestinians and Israelis a world away. We are the women, men, and children who are suffering every single day in Gaza and Israel and we are the people who seek to heal their suffering. We are mothers of soldiers and children of refuseniks. We are Jews and Muslims, Christians and Atheists. We are united in our call to you today:

Please, support peace for the people of Gaza and Israel.

Press for an end to the blockade of Gaza, so that the people there can have food, medicine, fuel, and basic necessities. That is the only way that they can live, thrive, and rebuild their economy.
Talk to everyone, including Hamas. The late Israeli Foreign Minister Abba Eban said, “You make peace by talking to your enemies.” This holds true today. Even a majority of American Jews support negotiations even with Israelis “worst enemies.”
Back up talk with actions. This includes monitoring arms smuggling into Gaza and U.S. military aid to Israel. Theseweapons are killing mostly children and civilians.
And, support the Peace Plan. 57 countries around the world support this plan that provides independence and support for both Israel and Palestine. Peace Plan supporters won’t wait for the United States forever – and without the United States, it won’t happen. It’s that simple.
President Obama, we will continue to hope, and to support your efforts. Please, don’t let us down. Please deliver the promise of hope.
Signed,
Your Name Here